The faces of Evil

My day off is chock full of plans.  Lucky me.  Of course, my shift to part-time was not done in a timely manner, my manager needed to email the HR person in order to get this accomplished.  As a result, this week's schedule was written before I had a chance to effectively change my availability.  Our HR has some problems with so many things.  As someone who was once in that position, I tend to keep my mouth shut.  Things are stirred up enough, my opinion would only make things worse.  However, this doesn't mean I'm not going to take a personal day this week in order to get 2 consecutive days off.

Weather wise, we're supposed to be hit by a weather bomb of sorts, rain and wind, however we're far enough inland we will mostly get showers and the occasional gust.  Things will be worse in Philly.  The states to the north are going to get slammed.

We have a new associate in my department, a woman from Texas... southern Texas, actually on the border between Texas and Mexico.  I made a terrible mistake.  I made an assumption.  She speaks with an accent, so I told someone she could speak Spanish.  Well, I was wrong.  She can speak Spanglish.  She told me she tried taking Spanish in school and failed the course.  I'm guilty of making a judgment call that was wrong, so I apologized.  The truth is I jumped to a conclusion based on a perceived stereotype.  Lesson learned. 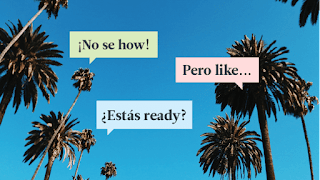 And what about that Rolling Stone article in which several loud mouthed Republicans were said to have been helping the insurrectionists plan January 6?  Marjorie Tayler (the loser's wench), Mo Brooks, Louie Gohmert, to name a few?  I believe there were 6 names spit out, so they will hence forward be known as the Gang of 6 who planned for the 6th.  Truthfully, this would not surprise me in the least.  These 6 are virulently hateful of everyone who doesn't kiss the ass of Loser #45.  In case you didn't know, these people are the faces of evil.