Of Baloney, and Bidets, and Blundering Breakdowns 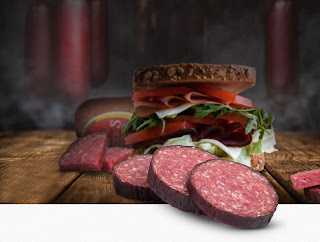 And just twelve miles to the east of Lebanon was Hershey.  What joy my childhood was!  Baloney and chocolate!

Yesterday was a first when it comes to questions being asked by customers.  I was heading back to the department from the Service Desk and I was stopped by a woman and her husband.  She asked me "where do you keep bidet hoses?"  At first I thought I must have misunderstood her, so I asked her to repeat her question.  "Where are your bidet hoses?"  As she spoke, her husband pulled a 6 foot hose with an... attachment... from a bag.  Now, I don't know if we sell bidet hoses.  Bidets are not that common in Central PA, unlike baloney and chocolate, so I pointed them to Aisle 4.  That's where we keep the sink hoses and to my knowledge, both hoses are about the same... except for the nozzle.

By now, almost everybody in America knows about The Atlantic article regarding the Idiot Jerks real reason for not joining other world leaders at the celebration of D Day, besides the fact he was concerned that the rain might ruin his hair.  This man does not celebrate losers.  For the Idiot Jerk, in war there are either winners or losers.  If you happen to die in combat?  Well, for the Idiot Jerk, that means you're a loser.  Because he is ego driven, he has no problem telling people this.  He has said John McCain was a loser for letting himself get captured.  Because most sane people know this about him, they have no problem believing the article in The Atlantic.  This man is a hateful blundering fool.  Last evening he had a bit of a breakdown shrieking his innocence and blaming the 'fake media.'  The time has come to hold this man accountable for his lies and deceits.  Vote Blue.