So I start my 6 day work week today.  I'm wondering how slow things are going to be, we're at that time of year, that fall lull in sales before Black Friday.  Oh, and we are having a Black Friday, however the sales are not going to be deep discounts they way they've been in the past.  No super duper specials.  Though they're still bringing in junk to clutter our aisles.  This will be interesting since that will be in the heart of Flu and Covid season.

And I did get my flu shot yesterday.  Hopefully that tick of one thing I might catch this fall.

Speaking of Covid, the governor of Missouri has it... so does his wife.  She had symptoms first.  Cases are continuing to rise here in the states.  Temps are beginning to cool off.  The Idiot Jerk is continuing to lie about the severity of this pandemic.  His followers still believe the damn thing is just going to go away.  Well, they may not understand this, but it did go away in the summer about as much as it was really ever going to go away.  And now it's on its way back because they don't like to wear masks.

Oh, and I guess that unless he wins the election, he's going to take his complaints to the Supreme Court, that's why he's trying to get this Cracker Jack Conservative installed on the bench as soon as possible, before election day is what he wants.  That would leave the Senate 35 days after the announcement is made on Saturday.  That might happen, but I suspect since Mitt Romeny said 'this year,' it isn't likely.  All most conservative Senators have wanted was a conservative court.  After confirmation, for many of them the Idiot Jerk becomes a handicap. I'm not saying there aren't a number of Right-Wing Nuts out there who desperately want a tinfoil dictator.  Many, I think, understand that chaos is only going to grow if he gets another term.  I many believe Biden's got this one in the bag, possibly by a landslide, and they're just bidin' their time.  I also think many of them understand that because of the Idiot Jerk, there's a good possibility they're going to lose the Senate.

And, if for some reason they do get a confirmation by Election Day, the Supreme Court has not been too friendly to the Idiot Jerk.  Perhaps because he calls them stupid.  When they don't give him what he wants he calls them failures.

As for the Breonna Taylor decision?  Why would you expect anything else from a Conservative Grand Jury. 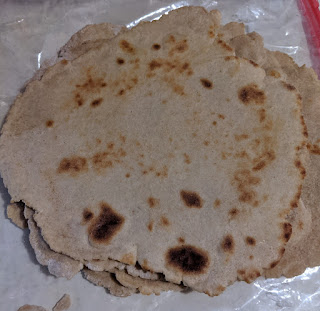