All for a Biscuit

Crap, here it is Thursday and I haven't even hit my Hump Day yet (insert my favorite 3 words).
I guess they are forecasting cold for the next 2 days and then another warm up.  Very shortly, in just a day or two, we shall be halfway through our very mild winter.  In this part of the country our temps usually hang around in the low to mid 30's, but not this year.  We're averaging about 10 degrees (F) warmer than normal.  This must be pissing the hell out of fuel companies.  They can charge us as much as they want and so are not going to make their fiscal forecast.  Oh... woe is me.  If I was religious I'd say this was God's work, but I'm not.  Fuel companies are blaming the Devil because he's keeping them from hitting plan.  Think about that.
A funny thing about Bernie's win in New Hampshire.  Evidently he scratched out his little victory because there were still too many candidates in the field.  Looking at the voting stats, this just happens to be the case.  What he really needs to do is thank Tulsi, and Uncle Joe, and Andrew, and Tom Steyer, you know who I'm talking about... the Centrist Candidates.  Prepare yourselves, as more candidates drop out, the bitter Bernie face is going to return.  The fact that he's running as a Democrat because the Independents don't want him, that independent candidates lose horrendously, shows a delusional old man desperately trying to feed his ego.
A note to the wise, don't believe the Idiot Jerk's propaganda machine.  They're spewing out tons of garbage about how Democrats are ready to throw in the towel, how they fear the Idiot Jerk is going to win a second term.  Well, that's bullshit.  Of course, there are those out there saying "I don't know how we can beat him."  If you're one of those who say that, you're doing exactly what they want you to do.  Stop it.  We need to all turn into scumbag busters. We do this by growing a backbone.  Do not let a minority group dictate the way you live your life.  Remember, this is not about voting for the candidate that rings your bell, it's about putting a stake in the heart of pure evil.
I mean, if I had to vote for my favorite candidate it would be for this guy right here: 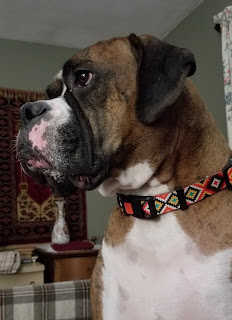 Handsome, isn't he?  Of course he'd make a terrible president.  He'd give you whatever you want for a biscuit.