On my first day off I'm going to do... laundry.  Ah, the joys of life.
I also need to put some mileage on the bike.  Even though I challenged myself to ride 2500  miles, this start of this year is similar to the start of last year in that those miles are only slowly racking up.  I blame it on the short days. Most of my mileage  accumulates on afternoons on the days I have off, when the sun is shining.  Thankfully the days have started getting longer.  Every day we have at least one more minute of sunshine... on some days 2.
I'm also thinking of baking a cake this afternoon.  Devil's Food, maybe.  I haven't made a good chocolate cake in a long, long time.  I just have to decide on what type of frosting... peanut butter maybe.  That might be yummy as all hell, don't you think?  Something like this, perhaps. 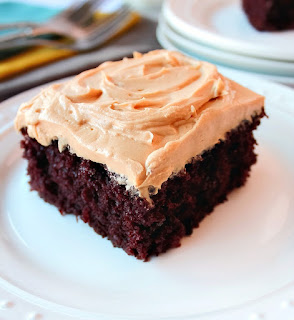 My only fear is that the Idiot Jerk in the White House might send one of his henchies to steal it.  Wait, what am I thinking?  He doesn't eat Devil's Food cake, he's too busy feasting on white Crazy Christian cake.
As the days move on, I find it interesting how he and his administration totally fail to understand Americans.  They believe everybody is a moral degenerate.  As it turns out, that description only fits his base.  His reality show was a hit... but only among a certain group, those who are enamored of shallow, tin foil CEO's who desperately want to be dictators.  He thought assassinating Soleimani was going to drive up his approval rating... wrong.  Only 25% of the country feels safer... his MAGA Heads.  That is not a good thing in an election year, especially for him.  What he really did was shit in his pants and, to his chagrin, Mikey Pumpy-Dumpeo failed to clean his ass properly.  Now, apparently, barely a day passes with out them feeling the need to add another American Base to the "hit list."  Oh, and we're not going to leave Iraq, even though they want us out.  The Imbecile in the White House has just made things worse... maybe he should stick to what he does best: Cheating at Golf.