So, how is everybody today?  Ducky Dandy?
I usually eat 4 taquitos (chicken) when I get home from work because... well, I like taquitos.  Think of them as an appetizer before the protein shake and Chobani yogurt I eat before cycling.  I put them on a paper towel and bring them upstairs to nibble on while I go through my emails, and read blogs.  When that's done, I get into my 'cycling gear' to put some mileage on the bike.  Last evening, while I was changing into my spandex, Seig came in - not unusual for him. Sometimes he will lay on the floor.  Dogs do that, in case you didn't know.  While I was putting on my lizard socks, he got the paper towel without my noticing....  I found a tattered corner, all that remained, on the bedroom floor.  This is not the first time and I know it will come out in the end.
Shea butter was also ordered for Lily's dry, chapped nose.  I go through nose butter regularly, but I've read that Shea butter is just as good and less expensive.  I had stopped in at the pet store to see what they had and the clerk sold me on something Burt's Bees puts out...  Well, it's shit. 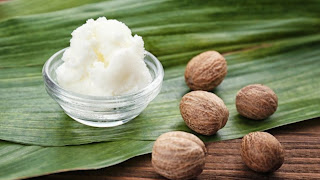 There was also a debate last night.  As usual, I didn't watch.  In fact, I don't know if any network actually telecasted the event in it's entirety.  I think most of those interested get their info from the Internet since there are only 2 or 3 people on that stage anybody is really interested in hearing.  I did see that the Idiot Jerk in the White House Tweet out some sort of snotty comment about ratings...  Someone should tell that fool Faux News stopped telecasting his rallies because of... very low ratings.  Holy Shit!   Maybe he doesn't know...  Maybe no one had the cajones to tell him.... That would be so freaking hysterical, wouldn't it?  I mean he is stupid enough to believe the whole world is watching.  We all know they could show him a recording of one of his old rallies and he'd never know the difference.  That is something his sycophants would do, you know?  Because they don't really have the cajones to deal with him either.