Dumb as a Brick

Friday! and my work week is one half over!  Sales have been low this week.  The weather's been shitty, drizzly, and rainy.  The same thing is on tap for today.
As I was eating my oatmeal this morning, I watched two bunnies chase each other around the yard, out into the street and then back into the yard.  It was fairly obvious they were playing the copulation game, you know?  Tag... you're pregnant.  This means one will dig a hole and have babies.  Bunny holes are always hell in the yard.  They're always outside the fence because... well... big dogs don't know the difference between a bunny and a toy.
Evidently North Korea launched a more missiles yesterday - missiles that can actually hit the United States.  One of the articles I read said something to the effect that "the Idiot Jerk's diplomacy was wilting...."  That's right, wilting.  Holy Shit...   What diplomacy?  The only reason that first summit was held was to fluff up his ego.  Only a fool would call it diplomacy, all he did was lie to a brutal dictator.  Now that Kim Frump Dump knows he was used as ego food, he's pissed.  Oh, and our Navy commandeered one of his black market ships, or what ever he calls them.  I'd say things are beginning to look a bit bleak on that peninsula.
And, of course, the tariff war with China just hit a 25% increase snag... Ooops.  I'll bet that's going to lighten your 401k.  I would not be surprised if the Idiot Jerk believes that all he needs to do is have the United States declare bankruptcy and all debts will disappear.  I mean that is the way he's run his own business, just file for bankruptcy and clear that red ink off the books.
I was stunned to read that the Idiot Jerk was surprised Donnie Jr got a subpoena.  Pardon my French, but this guy is dumb as a fucking brick... oh, wait, that isn't French, it's just the truth.  Of course, he doesn't realize this, he's a conservative.  Their mantra has always been "Shut up!  I'm in charge!  I can do what I want!"  If we let them, their incompetence will destroy the country.  Vote Blue.  Vote them out of existence. 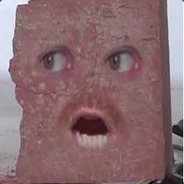