Did you miss it?  My hump moment? I think it was around 8:22 PM last evening if my calculations are correct.
It's supposed to be shitty and rainy today.  This is May.  In Central PA, for the past 2 years the month of May has been rainy.  April's were nice.  Mays were wet.  Weather patterns may be changing due to global warming (yeah, that's what global warming does).  Ain't life great!
North Korea shot off some rockets, one of them happened to be an unarmed  ballistic missile. Oops.
Kim Dumb Shit is sending the Idiot Jerk in the White House a message.  People are starting to get nervous.  They should.  He's been a dictator for a while, and you can bet he's going to try and dictate the terms he wants, one of which is the elimination of Pompeo from their Friends list.
And the Idiot Jerk is spewing an angry shit stream because Facebook shut the accounts of a number of far-right hate individuals and groups.  He loves him his hate!  If you take out the haters who support the Idiot Jerk, his base really starts to dwindle.   That's right, MAGA Heads are haters.  This is one the ironies of life:  he wants to shut up the voices that criticize him and that call him out for being a racist, while at the same time encouraging the voices that sing of anger and bias and white supremacy.  He loves him his racist people.
So, I have 2 more days until I have a day off.  And then, all I get is one day off.  Then it's 4 more days of work until my next weekend, which happens to be on Sunday and Monday.
Oh, and today is Cinco de Mayo.  They're bringing in lots of nachos for lunch.  I'm taking chicken.  Not that I'm going to not chow down on some nachos.  A lot of people classify them as a 'Mexican' food, but they're really more of a snack than a food.  Personally, I'll take a good burrito over nachos any day of the week. Tacos are good too, not the ones that are wrapped, the ones in the shell, all crunchy and delicious.
I can eat well this afternoon without concern of calories because I did 35 minutes of cardio this morning. 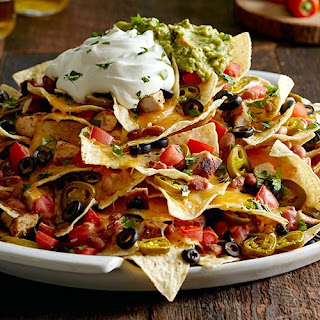