Well, it's Monday.  Yesterday was my Hump Day.  Sunday... Fun day... well, it got a bit hectic at the Flooring desk and I kinda didn't get a chance to hump.
Yesterday was rainy.  It was also the last day of the bike swap at World Cup Ski and Cycle.  I had taken my Kinetic trainer there... no one bought it.  Now I have to go back and pick it up.  Shit.  I have no idea what I'm going to do with it.  Putting it back up in the attic is not an option, so I'll probably see if either my nephew or his wife want it... for free.
I did manage to get in 30 minutes of cardio this morning, that's to make up for the Pop-Tarts I ate at work yesterday.
Today one of the two readers should be returning 'the book,' which will leave just one copy left out there.  That's the one in the hands of the person who's editing and, most likely, going to pick it apart.  To be honest, I'm not expecting to get a lot of corrections.  I was far better organized going into this one than I was on "The Body on the Lawn."
And I did get a big laugh yesterday when I read in 'The Hill' that Mitch McConnell is claiming to be the 'fighter of Liberalism,' or some sort of horseshit like that, which is funny as hell.  Mitch is a 77 year old white guy from Kentucky.  Just let that fact sink in for a second or two.  He is an old, white guy who has no comprehension how America is changing.  77 Years Old.  He refuses to accept the fact that every day Kentucky becomes more and more racially diverse.  Instead, he's going to stand there waving the flag for white conservatism, even though they are slowly dying off.  Mitch should have retired a long time ago.  It's time for the state of Kentucky put him out to pasture.
And Beto gave me another chuckle.  He pretty much said that Faux News is the propaganda outlet for the White House...  Someone should tell Beto this isn't news.  Corrupt Rupert Murdoch is an ally of the Idiot Jerk in the White House.  He's going to do everything he possibly can to support his buddy from Hell.  We haven't heard from Beto lately.  He's going to need to come up with something fresh if he wants to step back into the limelight, and I'm not talking about bashing other Democratic hopefuls. 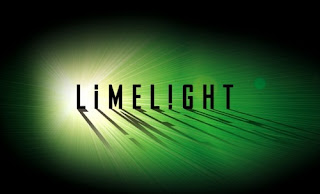