It's Tuesday, they're coming to do some work on my gas meter this morning.  Supposedly it's only going to take them about 2 hours... I hope it takes them much less.  There are things to do today.
Bernie released his taxes... he's part of the 1% group.  Most of his money comes from a book he wrote... don't ask me the title, not a Bernie fan.  Evidently he sold around 273,000 copies.  That means he was making over $4 a book - a lot more than I get.  This means I will probably never be part of the 1%.  Of course, for me writing is a lot of fun.  While I do deal in mystery and suspense, my writing also has a lot of humor.  Sometimes I will write something and have to pause because I'm laughing.
And Notre Dame burned yesterday.  My sister called me at work to let me know, of course I had already been watching the clips on my phone.  I've been there.  I have pictures.  While I can take pictures like this: 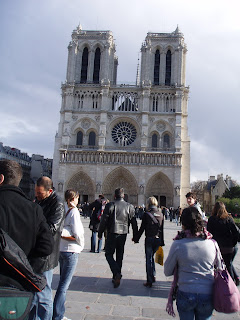 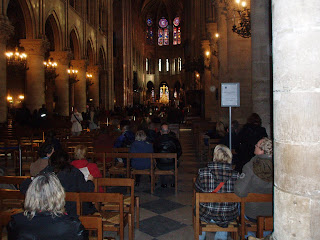 The above shot is the better of the two, I think.  Sometimes, I will get artsy and take pictures like this: 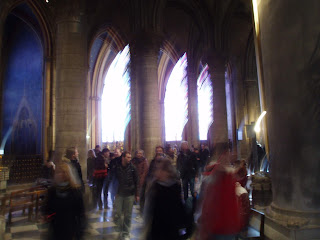 I call this Ghosts of Notre Dame.  At first, it looks like a blurry picture of people walking... until your eye focuses in on the couple in the center.  Suddenly they become the focal point: 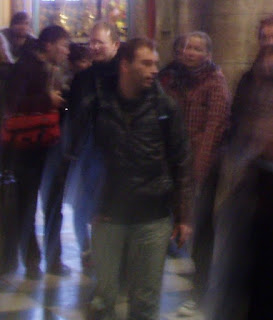 And your mind starts to wonder... just what was going on?
If you're wondering what my most favorite picture of Paris is, it's the one below.  I flew to Paris for my birthday.  On that cool morning in November, I walked to the Eiffel Tower.  This was my first view of it up close.... and I was amazed. 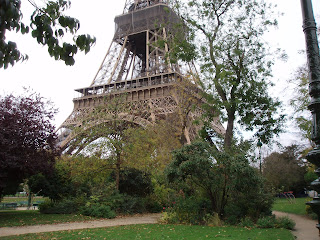 How was I to know that years later it would be one of the settings for The Body in the Tower?