Yesterday the temp here in Central PA hit 94 (F).  I'd call that warm.  We have 2 more days (not quite a heatwave) until the temp drops back into the 80's.  Gordon will be raining his way up through the center of the country for a while.  At some point he's going to slowly fritter his way east - which means we'll be getting more rain.
Today is my anniversary with that large, orange, home improvement retailer I work for - ten years.  Very, very important, you know?  Three more weeks of vacation load today.  That's nice.  Many view anniversaries as milestones in their lives.  For me, they are more of a gauge.  You see, the longest I have ever worked for one specific company has been eleven years.  I will enjoy using that vacation, but at the same time it's impossible for me to deny the itch.  I'm a strong believer in change.  So many people are terrified of change.  They want to stack anniversary on anniversary on anniversary.  The longer they go without change, the safer they feel.  Believe me, no one is safe.  Regularity brings them comfort.  Don't get yourselves to comfortable.  Look at the load of shit we have in the White House.  The time has come for a big change.
I'll be honest, I do like the income.  I would go part-time (32 hours) in a heartbeat if I could be guaranteed 32 hours.  With the retailer I work for, there are 3 months where that is not certain.  The only thing which would help me is my ability to work in multiple departments, but that would mean opening up my schedule.  Meh.  I want my cake, and I want to eat it, too.
While I'm sitting here thinking about that, Gordon is preparing to dump inches of rain on states that voted for the Idiot Jerk in the White House.  And the Idiot Jerk is lying to himself.  He's telling himself he's one safe fuck.  Well, he isn't.  Odds are growing daily he may not celebrate a 2nd anniversary in the White House.  Not that he'll spend time in jail.  Nah, he's a coward with a Twitter account.  He'll shriek "bone spurs" and run off to Moscow for treatment.
And all of those Executive Order?  The ones he think demonstrate he has unlimited power?  The ones that make the evil hearts of his base sing with joy?  Well, there anniversary days are numbered.  The same thing goes for helmet head Betsy.
There will be 'wet clean-ups' in every aisle of this store, as we begin to take back control.  A year from now another anniversary is set to begin.  That minority group which is the GOP will be schooled, and already they are terrified.  Lessons can be very painful, and they've not been very apt at learning. 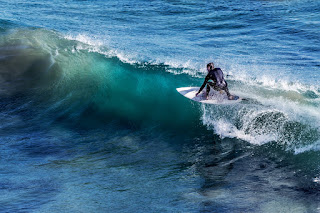