Well, it's Saturday (I think) and neither am I in a park, nor is it the fourth of July.  I do have to work, however.
Looks like the Kavanaugh nomination is on hold.  I suspect for a very long time.  Oh, sure, the Idiot Jerk says he's going to give the FBI a week, but what type of an investigation will that garner?  Not much.  Their best hope was to quickly ram this vote down the people's throats - Republicans are good at that.  Look at their not so great tax cut which gives the Idiot Jerk, and Steve Mnunchin, and Betsy DeVos a permanent tax break.  Most Americans now realize that while they were promised velvet, what they were actually sold was cheap velour.
As for Brett's stalled nomination?  Well, in case you haven't noticed, Evangelical Christians are showing their hateful, ugly side.  Holy Shit! (Literally) They are flipping out!  Their hatred for America and Americans is immense.  They shriek about evil Democrats without understanding they, themselves are a small minority group.  We need to remove these people from politics and give the country back to the people.
Once we take back control, I think a pretty good start would be to take away the tax exempt status we give to churches.  I mean, take Joel Osteen.  He's a business man down in Houston, in case you didn't know.  He runs a Megachurch that nets him tons'o cash.  That heartless sack of shit kept the doors to an arena locked during Hurricane Harvey.  Since Evangelicals did nothing, I think the government should step in and take away his tax exempt status.  Oh, sure, he may talk about God, and tell people how to get on the right path, but in reality his main focus is on those offering plates. He needs to start paying taxes on all of his revenue.  He needs to begin paying real estate taxes.  If he runs it like a business, he has to be treated like a business.
On a brighter note, the little project I've been working on is complete, for the most part.  Right now, all I'm waiting for is to hear how some of the voices I've talked to will sing, or maybe I should say I'm waiting to see how well some will dance.  Ah, music and dance. 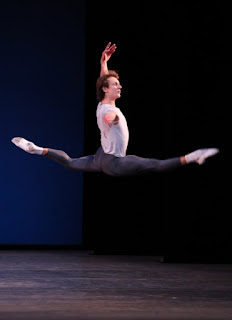 With maybe a little... tango on the side.