Well, I get to go back to work today... but just for today and tomorrow.  Then I have another day off.
Not surprisingly, it rained again last night.  I did manage to get my backyard mowed yesterday.  That's was nice.  I need to get the weed wacker out, maybe on Sunday, if we don't have any rain and things dry out just the slightest bit.
I went to the PA DMV and got my new driver's license - good for 4 more years.  Holy Shit do I look old.  I mean, really, really old.  And I even got my haircut before hand.  What was funny was seeing a young woman fluffing her hair before her picture was taken.  I almost laughed out loud.  She was separating her ringlet, pulling them out with her fingers to make them look fuller, until the woman behind the counter said "okay, we need to take your picture now."  Her first picture didn't do her justice, or so she thought.  The 2nd taught her that your picture on your driver's license is never going to make you look attractive.
Of course, the big news from yesterday was the testimonies of Christine and Brett.  She was soft-spoken and compelling.  The woman hired to drill holes in her story totally failed, and Christine got cheers.  Brett, on the other hand, was fiery, he made faces, called everybody a liar, and tried to call all Republicans to arms.  Who was more successful?  Hhhmmm.
My opinion:  he will most likely be confirmed.  That is not a good thing, especially for Conservatives.  But then Conservatives don't see the precedence of thinking.  Their goal is to make the Supreme Court conservative.  Yesterday millions and millions of women watched Christine speak and their hearts were moved.  These women vote.  Millions of Millennials watched as well and what they saw was a member of the Old Guard raging at women.  Oh, sure Brett may have blamed Democrats, but the blunt finger of his anger was directed mainly at women.  There are more women in the Democratic Party then there are men.  And the midterms are coming.  What the Republicans completely fail to understand, is that a vote for Brett will be countered by many, many votes for Democrats.  You know?  The party which is empathizes with women.  The party which says that the 'good old boys' who forcibly climb on top need to be punched back.
Yesterday the Republicans failed at the number one rule that anybody who has every worked in public relations knows:  succeed with your target audience.  Writers, and singers, and painters, and ad men, and... well, at least Democratic politicians know this.  Even Faux News knows this.  They are saying this morning the Republican Party failed.  They blew it.  They failed to understand just whom their Target Audience is:  women voters.  Yesterday the Republican Party took a big step in ensuring a Blue Judgment.  They played the 'good old boy' game, and shit all over their Target Audience.  Of course, this was to be expected since they are the party of aging white men and failed Christians. 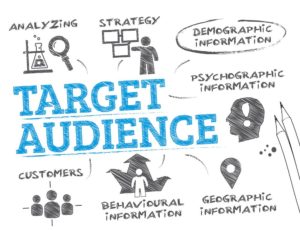