Last evening... the sun came out, bright and brilliant, turning the fluttering leaves on the river birch by my house into shiny, little pieces of glass catching the rays and dancing them across the siding.  Only for 20 minutes or so, but  long enough to brighten things up.  By 9:30 PM the drizzle had returned.  Tuesday and Wednesday are supposed to be very wet - that's when tropical rainstorm Flo arrives to piss all over the state.
Cynthia Nixon lost her bid big time.  I'm not surprised.  Like many, many, many people out there, I have never watched "Sex and the City," and it seems she based her name recognition on that show.  I couldn't tell you if her platform was based in either socialism or liberalism.  Too much of her campaign seemed to be based on "I am a woman running against the male establishment."  The upset wins by women so far have focused more upon what they want to do.  They understood the wisdom of reaching across gender lines.  They also have had some political experience, membership on school boards, township boards; not one chose to run for a governorship and then jumped onto the campaign trail cold.  Some experience is necessary.
Speaking of experience, you would think that by now the Idiot Jerk in the White House might have learned that when he lies... people are, not too subtly call him a lying sack of shit.  Like with Puerto Rico...  Of course, he's stupid, which is another way of saying he's never going to learn.
Oh, and for those who didn't know, Primary Season is now over.  Statistics are flowing in.  Analysts are combing over 7 months of data.  Trends are being examined, opinion polls ruthlessly dissected, and computers are crunching wins and losses.  Predictions are being made.  Evidence appears to be mounting for a Blue Wave, and I'm not talking about a little wavelet here.  Races the GOP thought were safe are now in jeopardy.  Seats will be flipping from red to blue... lots and lots  and lots of seats.  As I look at what people are saying, I'm beginning to wonder if Blue Wave might not be the correct name for what appears to be happening.  Perhaps Blue Judgment might be better. 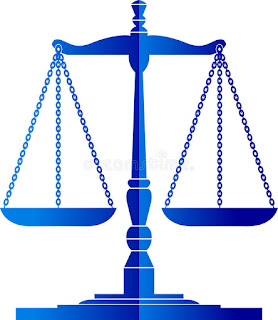 Besides, that would really piss off the White Evangelicals, wouldn't it?  The idea Judgment might be made against them?  Oh, my gosh, that almost makes me giddy with laughter.