Sunday Morning!
This is the first of 3 days off in a row for me.  I am so happy.  I have so much planned, mostly chores.  And some painting.  I want to redo the trim and floor in the training room.  Yes, I'm going to paint the floor: 113 years have not been kind to them.  The ground (first) floor is in much better shape, which seem a bit paradoxical since most of the living takes place on that level.  Upstairs is mostly for sleeping, at least until I moved bought the place.  Yet the 2nd floor is the one where boards have been replaced in 2 of the rooms.  There are deep gouges in the hallway and in the training room.  As a result, they were not refinished... just painted.
I was going to take my syn out, but the humidity is hovering around 80% and thunderstorms are in the forecast.  Tomorrow, too.  And Tuesday.  So far this summer has been much more hot and humid than the past several, with temps hovering in the upper 80's to mid 90's most of the days.  When it's this hot, I'm satisfied to do miles on the trainer.  I can do 15 miles, sweat buckets in air conditioned comfort.
And this week the Idiot Jerk in the White House will have his dream fulfilled... he will get a private meeting with his beloved Vlad.  Expect the worst from him.  After his tete-a-tete  with Kim Jon Dumb we got the revelation of Zero Tolerance.  That was the Idiot Jerk trying to show Kimmy he was a 'strong leader.'  Their meeting worked out quite handily for Kimmy.  The same thing will happen with Vlad.  The Idiot Jerk is so desperate for Vlad to say "you're doing a good job," he will do and promise anything.  Vlad will take advantage of him because he knows he's dealing with a man who has the intelligence of a kumquat.  That's a small, bitter citrus fruit in case you're wondering. 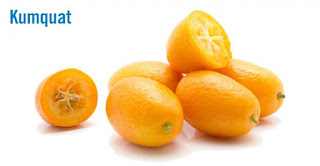 To add a bit of levity, it seems as though the RNC has approached Charlotte to host their 2020 convention.  A number of the good folks on the Charlotte city council are liberal, or centrists, and not so wild about the idea.  The Idiot Jerk wants them to hold the convention in Las Vegas, aka "Sin City."  He's not too wild about Charlotte.  Maybe he thinks the pussy's better in Vegas... or maybe he still believes that "what happens in Vegas, stays in Vegas."