We had torrential rains yesterday afternoon, with showers continuing until late in the evening.  Fireworks displays still went off - mid week holiday.  The store was not super busy.  I left a bit early and customers were sparse.  They were there, however.  Now, isn't that something you all want to do?  Go shopping on a holiday?
After talking to the cycle shop, I've decided to take care of my crank... myself.  Who better to take care of my own crank?  Besides, I would have been put on a waiting list.  Seems as though a lot of people are having bike repairs done.  Replacing a crank is a fairly simple procedure.  I told a friend of mine.  He thought about it for a couple of seconds and then nodded.  "If you can do it yourself, why pay someone else?"  This also melds well with my philosophy.  Never stop learning, never stop doing.
I was going to use the new battery powered lawnmower today but... we're supposed to have on and off showers all day - with thunderstorms this evening.  Humid and hot.
And while I'm typing this, the dogs are playing downstairs... with a Frisbee, in the house.  Tug of War.  They bite and pull.  They seem to be having a really good time.
And what about  Representative Jim Jordan (of Freedom Caucus fame) and and the allegations he ignored sexual misconduct as a wrestling coach at Ohio State University?  He is rebutting them, however, you have to remember he's a Conservative, and conservatives are all about being in charge.  If the wrestlers were winning matches, he would have turned a blind eye.  If they were losing, he would have turned a blind eye.  Ignoring the abuse would have been easy for him since the sexual misconduct would not have impacted him personally.  Like a pig in shit, he was more than satisfied to be called "coach." The only way he would have paid attention would have been if someone had said "Holy Shit, Jim, this is going to effect your career."  Lip service is easy as long as he is in control.
Finally, the tariffs start kicking in tomorrow.  The Idiot Jerk is heading into the batters box.  He thinks this is going to be an easy 'slow pitch' at bat.  He has no idea what is coming.  The first pitch is going to be a slider that's going to burn the leather off of the catcher's glove. 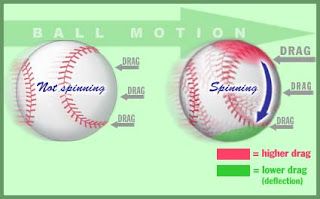