We're having a trade war

Wasn't yesterday simply fantabulous!  (Herald in the cynicism).  The temp here in Central PA hit either 95 (F) or 97 (F) depending upon which weather app you were using.  My Central Air?  Never stopped.  When the mercury gets that high, Big Seig goes into instant lay down if he's outside.
The Idiot Jerk doubled down on his policy of separating children from their parents yesterday.  In case you didn't know, this guy really.... really hates Latinos.  Like most racist Republicans, he sees them as the greatest threat to white America.   He's a 72 year old scumbag who will never understand.   He, and the party he rules, are running head first down the path of extinction.  This is what happens when you fail to evolve.
Oh, and he's pissed about China.  You would think he'd  be happy after they gave he and Ivanka all of those trademarks.  No way.  This is what his art of the deal really looks like.  He is treating all of our trading partners as if they were contractors working on one of his failed projects, like the Trump Casino.  His organization filed for bankruptcy for that mistake.  He told his base he was just being smart.  Many suffered just so he could get out of his debt.  Asswipe.  I'm surprised he hasn't had Mnuchin dress up like Carmen Miranda and dance around singing "we're having a trade war, a dirty old trade war." 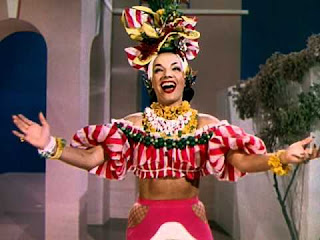 And remember how he praised Brexit?  That's another shit storm preparing to blow up.
In case anybody is wondering, I did get a lot done yesterday.  No ride on the bike, that happens this afternoon, hopefully another hour.
My P90X dvds are now in the trash; part of my 'get rid of the junk' plan.  For the most part they were a well marketed, but useless extreme workout regime.  Exercises and a diet to make you look great.

The routine became very trendy.  My friend Brandon followed it to a 'T' and looked freaking awesome.  I tried it, but after about 2 weeks realized I was never going to be able to revolve my life around P90X, which is what everything boiled down to in the end.  There were more important things than P90X forever.  Oh, and my friend Brandon?  He boxed up the plan after about 6 months.
Posted by Dave R at 8:30 AM