And so... my weekend... begins.  Big Seig and I have already popped one load of laundry into the wash.  The upstairs hallway is stacked with the 2nd, 3rd, and 4th loads.  This is so much fun.
I wanted to leave work early last evening since my weekend was starting and, of course, I ended up getting overtime.  That was not what I wanted.  On the way home I stopped and picked up taquitos and some frozen chicken breasts - the latter for making chicken sandwiches.  I ate too much and then went to bed.  That's a bad behavior pattern.
One of the associates I work with was laughing at the Idiot Jerk in the White House yesterday.  He's a big Eagles fan.  They were invited to a presidential shindig because they won the Super Bowl.  However, some of the players are not supporters.  In fact they see the Idiot Jerk as a fat, white, racist pig, and chose not to go.  Well, this pisssed off the Idiot Jerk and he sort of uninvited the team and cancelled the shindig.  And of course the Idiot Jerk's propaganda outlet, Faux News, said this faux party was cancelled because some of the Eagles were un-American because they kneeled during the National Anthem.  The Idiot Jerk said this, too.  Faux news even showed footage... except... they were wrong.  They lied.  None of the Eagles kneeled during the National Anthem.  The footage they had shown was of players kneeling to pray.  Evidently the Eagles forced Faux News to issue a public apology for lying.  They needed to be embarrassed to hell before they did the right thing.  The Idiot Jerk did not apologize for his lies.  He will never, ever do the right thing.
Judge Aaron Perksy, the friend of drunken, sexual predator Brock Turner, is being recalled.  He no doubt does not understand how his 'good ol' boys' network has failed him.  The lesson here for all judges is that when sentencing an individual with a history of alcohol and substance abuse, and socially unacceptable behavior patterns, don't be lax in your judgement.  Turner needed not only a stronger punishment, and some serious help, and got nothing more than a slap on the wrist.  Persky has given no indication that he has learned to do the right thing.
My agenda for today is:  yard work, buying some new sweatpants, more yard work, and, hopefully another cycling workout this afternoon.  Also, there's this little side project I've been working on which I'd like to get finished by September.  I'm being a little mysterious about this, but I will give a bit of a clue. 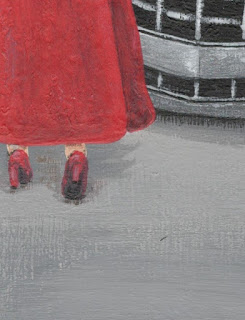