So, what can I say?  I'm a sweaty eddy after this morning's ride.  That's right, it was dripping off my elbows and chin and splattering on the floor.  I've ridden 28.4 miles so far this week.  That's nice.  Good cardio.  Great for my legs.  Remember, you legs are the engines of your body.
Of course, after tomorrow I'm going to be on vacation, or a staycation as some call it.  A few days ago they were forecasting nice and sunny weather... well, that's changed.  Now I'm looking at days that are cloudy... with possible showers.
I'm thinking of planting tomatoes out side of the fence, and peppers.  I can't plant them inside because the dogs will eat them.
And I see where the Idiot Jerk was saying stupid things at the G6 + 1 asswipe.  He does this because he craves the attention.  He doesn't care whether he's lying or not, as long as people talk about him.  If he were Dorian Gray, I can't even begin to imagine what his portrait must look like.  At this point in his life, I can't believe there would be anything even remotely human on that canvas.  Can this be horror that is Dorian Trump? 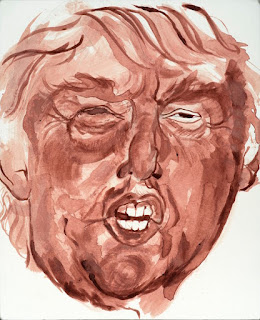 Enough frivolity at the expense of our dumb shit president.
Oh, and I saw where Mitt R said the Idiot Jerk will be easily re-elected.  When you hear something like this from a failed presidential candidate, from a party that totally fails to understand America, it gives you reason to smile.  This is the guy needing to go through a primary election in Utah because he failed to get enough votes the first time around.  People aren't as dumb as he thinks.  I wonder what Mitt's portrait would look like.  He's already been realized in plastic. 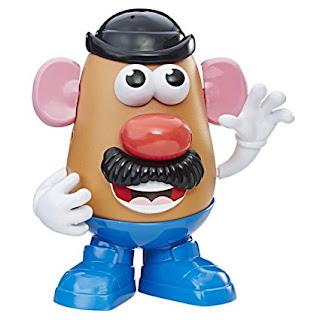 One can only wonder what he'll look like rendered in oil.
Posted by Dave R at 8:07 AM