So I went to visit my Mom yesterday.  Because of her dementia you never know what she's going to say.  For Christmas I gave her several boxes, stacked in the shape of a tower, filled with candies and snacks - she believes my cousins gave them to her.  They're empty now, so she's has them in stored in a green shopping bag because she thinks my cousins are going to take them and fill them up again for her.... not going to happen.  At one point she pointed to a silk orchid sitting in her window that that my brother and sister-in-law gave her about 12 years ago and said "look, it has buds, I can't wait to see them bloomin'."  Never going to happen. 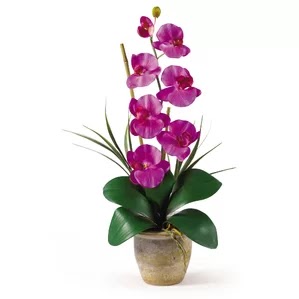 And I had breakfast with my brother this AM.  And, of course, he wanted to bring up the Oprah connection, the idea that she might run for President in 2020, which I shut down rather rapidly.  I did this by pointing out that while it had been a minor subject in conversation, it tended to be a favorite topic of Republicans attempting to get people to talk about anything other than the Idiot Jerk in the White House.  His "shithole" comments are still reverberating around the planet.  Isn't it funny watching Republicans denying the veracity of Dick Durbin's statement; might have helped if they hadn't waited 36 hours to speak up (not really).  Unfortunately for them, those 36 hours speak volumes about their apparent acceptance of the Idiot Jerk's racist remarks.
Interestingly enough, there's been a lot of research on "fake new," and papers are now being published.  This one is from Dartmouth.  Read the paper, it's deliciously detailed.  One of the things you'll find out is that Idiot Jerk supporters were far, far more likely to follow links to 'fake new' websites than Clinton supporters, most likely to stoke their hatred.  This is rather ironic when you realize how often the Idiot Jerk brings up 'fake news,' in fact rarely does a day go by in which he doesn't utter that phrase.  Some one should tell him the bloom is off that rose.