Well, here it is January 2, 2018, and any second now people are going to start breaking their New Year's resolutions.  Not me.  I don't make resolutions.  The changes I've done in my life have never happened over the New Year.  When I began going to the gym?  It was in February, and I didn't plan a specific day, didn't aim for a certain time, I just heaved a bit of a sigh and muttered to myself, "I should hit Planet Fitness tomorrow."  And I did.  And then 2 days later I hit it again, which is when I started setting up a schedule.
Yesterday I worked, so there was no pork and sauerkraut for me.  They brought in Domino's instead.  I ate 7 slices altogether.  This morning I jumped on the scales and they said I'd gained 3.7 pounds in one day.  Well, we know that's wrong.  Just in case, I have a 45 minute ride planned for later this morning, and after I post this I'll be playing around with the dumbbells a bit.  I can't wait for these short days and long nights to be over.... and the temperatures to warm up.  Yesterday it got up to 16 (F), today we're supposed to hit a balmy 24 (F).  In fact, the forecasters are predicting that we won't get above freezing until sometime around January 8th or 9th.
Politically speaking, we need to brace ourselves for a slug fest.  The Idiot Jerk, stupider than before, seems to think that since the minority party managed crap on America by giving the upper crust a tax break they continue to drop turds.  This is why he's the Idiot Jerk in the White House.  His party is headed toward a smack down of Biblical proportions and he doesn't understand, no doubt because he, and those sycophants he's surrounded himself with, do nothing except shower false praise upon his ego.  The bigger they are (at least in their minds) the harder they fall.  As you see below, this is actually true. 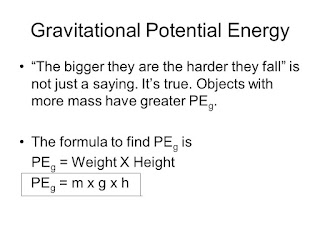 Keeping this in mind, stay clear because his selfish, bloatedness, is sure to make one hell of a splatter mark.