Well, here it is... Thursday.  The sun is out.  The temp is supposed to get up to 33 (F) today and get up into the 40's tomorrow.  In fact, for the rest of the month temps are supposed to range in the upper 30's to mid 40's.  Could it be that winter is nearly over?  Did I just curse North America?  We shall see.
For those who don't know, there was another surprise Democratic win on Tuesday night.  Republicans are... stunned, to say the least.  I keep wondering how can anybody be as dense as the GOP.  But then, thinking back, I realize that they have always been dumb shits, every since Reagan's landslide re-election.  Anyway, from what I hear, they're on the verge of rolling their eyes in panic, still totally incapable of understanding that the vast majority of Americans don't like either them, or their policies.
And how's this for shits and giggles?  Movie theater owners are concerned about shrinking ticket sales.  That's right, fewer people went to the movies last year... in spite of an increase in ticket costs.  Am I like the only one in the world to see a correlation there?  Cost goes up, attendance goes down?  And it's not just the cost of admission - refreshment prices are through the roof.  My friend Patty no longer hits the concession stand, refusing to pay $10 for a small popcorn and beverage.  Pricing in outrageous, especially when you consider the actual cost of the popcorn was... oh, say 20 cents... maybe it's the bag that makes it sooooo expensive.
But then everything is going to get more expensive, thanks to that great Tax Overhaul.  We're all going to have a lot more disposable income... right?  Everybody and their brother has plans to tap into that new wealth, how little it may be.  If you don't believe that every retailer in this great USA wasn't busy calculating how much this tax break would allow them to raise there costs... well, then you're probably a Republican.  That's one of the reasons the stock market is going through the roof.  Every one is anticipating how much more money they can get you to spend.  Once prices go up, they are not going to go back down.  This is American Capitalism.
I, myself, am thinking of getting a new laptop.  The Samsung I have is at least 5 years old.  The key's pop off and the left CTRL key is missing.  I'm trying to convince myself it would make a nice, downstairs computer.  True, the disposable income this stinko tax bill is going to give me will not pay for a new laptop.  So, the question is:  should I buy it now or wait until everything goes up in price? 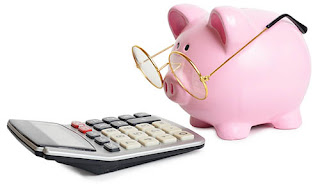