Well, it's Thursday morning and I e-filed my Income Taxes this AM.  I'm getting money back, but then I always get money back.  Hopefully I'll get a refund next year as well - that's a bit iffy since as a single person I fall into that category where I may earn just too much money.  Yessiree, I'm one of those 'special' tax payers who may not benefit from this wonderful tax overhaul.
I saw where the Idiot Jerk in the White House threw another bone to Social Conservatives yesterday, permitting health care workers to deny services if they go against their "religious beliefs."  This is another example of how selling your soul to the Idiot Jerk in the White House will get you what you want.  As usual, there's no way this isn't going to end up in the courts.  These people are so caught up in their own personal, self-centered, self-aligned beliefs they totally fail to grasp reality, that getting their way will not move the country down a socially conservative path.  Rather, historically the evidence is that the exact opposite is what occurs.  The direct result of their pressure is to move the country farther to the 'left.'
And a new poll shows a majority of Americans strongly disapproving of the Idiot Jerk.  People just can't stomach him.  I used to think that this would bother him, now not so much.  You see, he is such a petty, small minded individual all he needs is one group of people to kiss his ass and praise him, like the Social Conservatives.  That makes them just as phony.  Do they care?  About as much as he cares.  You only have merit and value if you kiss his ass.
Anyway, I bought myself a new helmet. 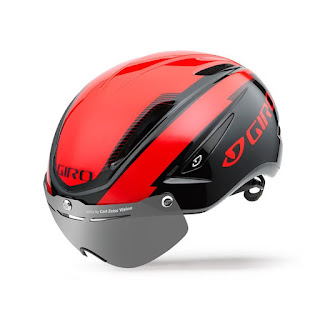 Red, of course.  It kind of looks like I have a shiny muffin on my head.  Do I care what it looks like?  Hell no.  Just as long as it does what it's supposed do in case I do a header over the handlebars.
Also, Big Seig dug the squeaker out of one of the purple squirrels this morning and was running around the house with it in his mouth.  Squeak, squeak, you know?  I had to take it from him because he has a bad habit of swallowing them, and being non-digestable he always end up vomiting them back up... along with the rest of the contents of his stomach, which is what most of the American people want to do when they think of the Idiot Jerk in the White House.
Posted by Dave R at 9:02 AM