Well, here it is Sunday and I'm at the start of 3 days off.  Whoopee.
The laptop arrived yesterday - touch screen, bluetooth, wifi.  When I stand up and look down at the screen the contrast looks off.  When I'm sitting down in front of it, or riding the bike and looking at it, the screen looks just fine.  Now I know, don't stand up and look down at it.
I gave the air filled packaging to the dogs as a toy.  They love those things, running around the house with them trailing behind like long, plastic streamers.  Of course, they only survive for a few minutes and then they're garbage.
So, I received my Mom's bill from Graysonview yesterday and her monthly charges increased by $774.  That's right, she will have to pay an additional $9288 per year to stay at that facility.  For those who are interested her yearly charge will be  over $44,000.  I had been told by the manager of her facility it would only go up $324, so I will have to call him tomorrow and remind him, and if he stutters or starts singing a different tune, I'll have to call him a lying sack of shit.  The seniors living there pay their bills using their personal savings, their Social Security, and other funding if they can get it, and these charges are not about providing top of the line health care since it is only an assisted living facility.  These additional charges are all about making money, nothing else.  For those who can't afford the bill, these expenses will become a burden to their next of kin.
The Grammy's are on tonight.... sooooo what.
I work with an this Conservative, an older man, in his late 60's, who was happy as a pig in shit when the Idiot Jerk won the election.  He has no problem spouting out the Republican rhetoric so dear to his heart.  He hates "fake news."  He hates Liberals.  He believes dead people make up most of the Democrats in California...   He is also furious about the Pennsylvania Supreme Courts gerrymandering decision, stating the justices had been appointed.  Of course, I had to correct him using the wonderful Internet, and proving to him that they had all been elected by the people of Pennsylvania.  He actually said that he probably won't vote in 2018 since the whole thing is now "rigged."  To which I replied, "yes, that's what most older conservatives are going to do."  Nope, he's going to pout, and piss and moan, and turn into a bitter old man because a majority of Americans will tell him to just shut up.  He is, for those of you who don't know, a fair weather conservative. 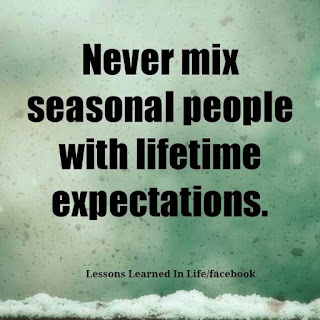