So, I went last night I went to bed around 10:00 PM, slept through all the celebrations, and finally drug my butt out of bed around 0730 this AM.  My opinion for a number of years is that if the Earth is 4.5 billion years old (give or take 50 million) what's one more year.
If there was anything, it was that we've managed to so far survive the age of the Idiot Jerk in the White House.
A more unpopular president has never been seen so early in his presidency, and for so long.
While some say it's too early to forecast 2018 in terms of politics, a number are already attempting to call the shots, and the handicappers are already beginning to place their bets.  Isn't it interesting that they're predicting an at least an additional 24 Blue Seats in the House, maybe more?  They're also predicting a shift in the Senate.  Now that's something to really celebrate!
With that in mind, I'm wishing everybody out there a Happy Blue Year!! 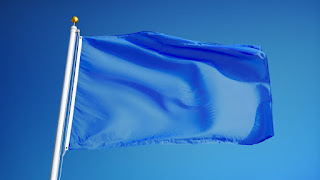