Well, yesterday those bozo Republicans gave their stamp of approval to a tax overhaul that is vastly unpopular, something gear to show they can actually finish a job even if it means shitting on most Americans.  I watched a bit of video where Paul Ryan was blub, blub, blubbing something about how this will end up being a great benefit to the middle class, notice I said watch, not listen.  You see when you don't listen you can observe better, see that while his lips were mouth words, his eyes were unblinking, little blue ice cubes. There was no connection between what he was saying and what he was feeling.  He is nothing more than calculating, conservative ambition, a man who is committed to his beliefs and to his Party but cares nothing about humanity.  Is it any wonder there are rumors about him retiring?  He wants to move into the corporate environment where his greed can be satiated.
And then the CEO of AT&T said that this Tax Credit was so wonderful AT&T was going to give over 200,000 employees a $1000 bonus.... before Christmas if the Idiot Jerk signs this legislation in time.  At first glance this sounds simply amazing, that AT& is going to $200,000,000 back to its employees.  That's a lot of money.  A lot of people were wowed over - not me, for a couple of reasons:  With support from this Administration, the FCC wants to end Net Neutrality which means AT&T can charge what ever they want, if you want faster Internet speeds it'll cost you.  (Are you getting a bitter taste in your mouth?)  And then there's the bit about AT&T wanting to buy Time/Warner - the Justice Department is saying "hold on there a minute."  Well, anybody with half a brain knows that if you kiss the Idiot Jerk's ass, make him look good, he gives you what you want.  (This is beginning to smell a little shitty, isn't it?)  But the real topper is AT&T's finances from 2016.  Looking at those $ figures I realized this bonus was pretty much the equivalent of AT&T blowing a snotty kiss to their associates.  They have over a $17 Billion positive cash flow.  That's like money in the bank.  And that $200,000,000 is a little over  0.0117647058823529%  When you see these figures you realized that AT&T's gift to their associates is rather putrid... in fact, we should start asking why they don't do this every year.  That answer's simple:  Corporate Greed.  Corporate Greed says that giving your average worker a bonus is a waste of money. 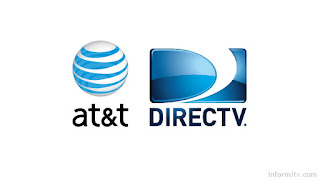 In case you're wondering, I do know a little bit about what I'm talking about.  You see I work for a little, home improvement retailer known as Home Depot.  Home Depot has something called Success Sharing (think bonus program).  Everybody gets a bonus.  The more successful your store, the bigger the bonus.  In 2017 my total bonus package was over $1300 (that's the none manager figure which is higher).  That AT & T bonus?  With all the money they have, it's on the cheap side, don't you think?