So, I guess we're now supposed to get about 12" of snow.  I'm off, so it doesn't bother me.  I suspect a lot of other people will be taking advantage of it and taking a day off.  This is how it goes.
Anyway,  I went to my new Weis this morning.  The aisles are wide, the fresh produce is arranged well and amply supplied, however I wasn't impressed with their frozen food section.  Their prices are comparable with the Giant across the road, with some being higher and some being lower.  There is much wider variety, however, of just about everything.  Giant doesn't give you as much of a selection.  I have to learn where everything is for right now.
And I saw that the Idiot in Chief has muttered something about being open to suggestions in regarding health care... people are pointing out he talks about health care, not insurance.  This whole thing is rather funny.  In fact there is so much funny going on.  Like the fact that those who are going to be hurt most by the repeal of the ACA are Trumplodites.  Of course, if you were to ask them who their primary care physician is the vast majority would look at you quizzically,  and then mutter something like "we go the the Emergency Room when we get sick." 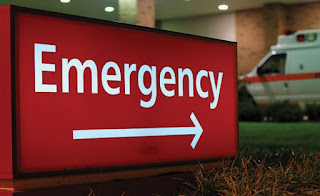 And, of course, those boneheads in the White House have taken a cue from the Idiot himself and are making all sorts of rash promises.  No doubt this is because empty promises are enough to satisfy the Trumplodite hoards.
Oh, and supposedly, according to John McCain, more shoes are going to drop regarding the Russkie influence.  Those crazy Conservatives, how like them to hate the Democrats so much they'd climb in bed with Putin lover.
Anyway, off to work.