My 83 year old mother came home from the hospital yesterday, and by home I mean the senior living facility where she lives.  I went over after she was settled back into her apartment, talked to the staff, and spent about an hour with her.  Last evening she called about 8 to let me know that she was out of the hospital and back in Graysonview just in case I didn't know.  This is how it goes.
Yesterday was also when a friend of mine from Oregon made a comment on Facebook about DT's using National Prayer Day to mention the TV show he's producing, asking for prayers to make it a success (or something to that effect).  Another friend, who unfortunately is a Trumplodite, commented that he was surprised DT hadn't mentioned the deplorable fact that California is a Sanctuary State.  Of course, I needed to add my 2 cents.  I said DT will rattle swords, but not much else; he and too many members of his cabinet have extensive business interests in the state and pissing off that many people would be detrimental to their bank accounts.  His reply was that DT was no longer concerned about the cash flow in regard to his business interests....  These people are so damn stupid.
The resistance needs to begin hitting DT where it will hurt him the most, his pocket book.  I've always thought the real reason he's never released his taxes is not because he's got ties to Russia, but rather that he doesn't have nearly as much money in the bank as he claims.  In fact, it wouldn't surprise me if he's been robbing Peter to pay Paul for years and years and years. 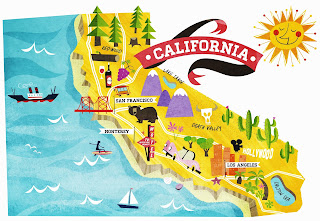 This is why California is safe.  His money is very, very important to him.  I wouldn't be surprised if he listens more to his accountants than he does Steve Bannon.  The minute the say the word "loss" he says "shit."  DT has many, many Achilles heels and this is but one.  Note the companies below:

It's important you let these companies know what you think of DT.  Don't we all want to be California Safe.