For those who haven't noticed, the Republicans have a really serious problem when it comes to dealing with immigrants.  Even though they, themselves, are the children, and grandchildren, and great grandchildren of immigrants, they hate them.  They claim those that are here illegally are stealing American jobs, they're taking advantage of American benefits, and they're criminals. Until now, all they've every done is fan the flames, but now they have the Idiot in Chief in the White House.  Now they're going to clean house.  They are going to cut off their nose in spite of their face.  You see there are some Republicans who understand the $'s involved here. not only in the hiring of people to extradite these people, but in the lose of their services.  That's right, most illegals work real jobs.... they clean shitters, and pick fruit, and mow lawns, and get paid under the table.  They clean houses and some are even Nannies, all under the table.  Deporting these people means a lot of open jobs which will force employers to pay higher wages, and pay taxes.  In other words, everybody's cost will go up.  Bad for the economy.  These illegals buy food.  A general estimate would put that total at about $100 million per week, or about $5.2 billion a year.  Bad for the economy.  Taking them out of the equation means a really, really big hit to the economy.  But that's okay, because Conservatives hate illegals.  And while there is a certain % of them who are criminals, there is a certain % of all Americans who are just as guilty, in fact some of the biggest crooks in this country are Republicans. 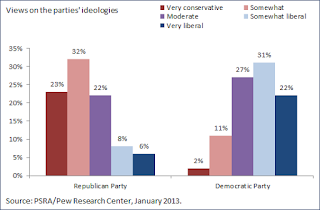 They will screw themselves silly over this because they don't actually stop and think.  It's that GOP conservative fire, you know?  The faster you can make it burn, the higher you can get those flames to shoot, the happier they are.  The fact when the fire's spent, all they're going to be left with are ashes isn't even in their field of vision, probably because they'll blame somebody else, most like Bill Clinton, since they blame everything they can on that man.