Well, I've been called a troll by the brother of a Facebook friend.  He is a delusional Trumplodite, of course.  He did so in a very, very long paragraph and what set him off was my comment that any attempt to compare the protest at Berkeley to Nazi book burning was at complete and utter failure and that DT's low approval rating was deteriorating.  He didn't like that at all.  Here's a bit of what he said:

this Snyder asshole is nothing more than a damn "troll". When he states that the Presidents popularity is eroding, he's merely quoting the bullshit polls as proclaimed through the extreme left wing main stream media (FAKE NEWS). Do you remember the puke polls they put out during the campaign all the way through election night? Nothing but lies, propaganda and pure unadulterated bullshit. It is no different now, just more lies, deceit and pure unadulterated bullshit.

And there's a lot more.  I did not include the section where he said his mind is still sound... or the bit about having a "keen eye" and can "still shoot straight," because, well, I didn't think they were needed.  I also excluded his calling me a Fascist.  Why is it crazy conservatives always feel the need to call those who oppose them fascists?
On the bright side, DT continues to spit out stupidities which drum up his slowly shrinking base as more and more people begin to wonder just how much crazy there is in his head.  Yesterday he burbled out some inanity about Main Stream Media not reporting on terrorist attacks...in Europe. And this was after his administration jumped up and down in that cow patty now known as "The Bowling Green Massacre."  Even Fox News acknowledged his walk in the forest of alternative reality. 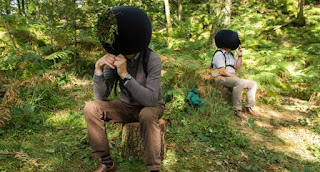 The sad truth is that a lot of Trumplodites don't have a very good grasp on reality.  What they really want to do is take their narrow, selfish viewpoint and remake the world.  They will fail, as will DT.  When he was inaugurated I gave him a year and a half at best.  He may not even last that long.  And all those mandates the GOP is forcing down the throat of America will be spit back in their faces as the party crumbles.
Posted by Dave R at 7:31 AM