No more store Openings!  Yesterday was the last.  And I only have 2 more closing, Saturday and Sunday.  And I also seem to be scheduled off every Tuesday, which is cheap movie ticket night here in Harrisburg! Woah!
And I have to give it to Bob for coming up with BLOTUS (Biggest Liar of the United States), such a perfectly well tuned acronym!  Talk about hitting your high C's.
Anyway, I saw that DT wants to scuttle the Johnson Amendment.  That's funny.  Pushing your own brand of politics without losing your Tax Free Status.  The devoutly religious in the country started running around, waving their hands in the air and wailing Hallelujah at that, without realizing that though they are all in the same Christian boat, they are not the same.  Evangelicals don't like Catholics... at all.  Evangelicals think Catholics got the whole thing wrong.  Praying for the intercession of a Saint is praying to a false god.  And Southern Baptists really don't like the Evangelicals... at all.  And, of course, none of them want to lose that tax free status.  I see this all the time as they come into the store and buy rope, and nails, and wood, and light bulbs - you name it, they buy it, and they always make sure we know they are tax free.  So let's say you have an Evangelical candidate running in a district where Evangelicals outnumber Catholics by enough to swing the election (or vice versa), who do you think is going to get the shitty end of the stick?  Even though they are all in the same boat, some of them believe they are in First Class and everybody else is in 2nd, or 3rd, or storage.  Because money seems to be at the root of all Faith in this country, or at least those who really want to play with politics, the Johnson Amendment keeps them all on the same playing field.  That tax free status?  Priceless. 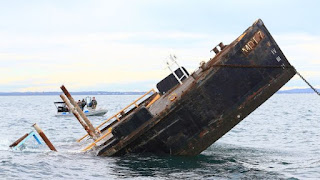 Allowing one Faith to create a religious mandate in the country would be a total disaster, look at Northern Ireland.  In fact, look anywhere religious discrimination is tolerated.  No matter what these groups may be saying out loud, privately, and in very discrete whispers, other things are said, and if you don't belong to one of these sects?  Life as you know it will end forever.