The problem with pneumonia

Of course everybody already knows that.  I have had friends who've been diagnosed with pneumonia.  They take their medication and they're healed.  They do have to take it easy for a while.  The problem with Hillary's pneumonia is that she kept it secret.  With all of the shit being thrown at her concerning her health, she probably thought this was a good idea.  Wrong.  What she did do was pour a lot of gasoline onto that fire.  Of course Trump hasn't released his health info to the public.  He's 70.  I'll bet he has things he doesn't want the public to know.  However there is a difference.  Most people don't think he's sick, just nuts.  People think Hillary is sick.  She has a problem.  She created this problem by not being honest with the voters, and, unfortunately for her, a lot of voters view her as being very dishonest.  Someone really needs to sit her down and say "honey, you have a problem."  And it isn't going to go away.  Should she win the election, it's going to be hanging right on her ass.  Talk about a millstone round your neck. 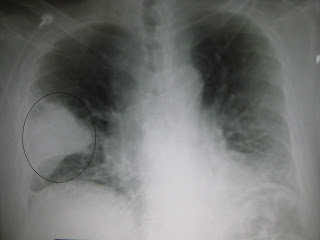 I like Bill and Hillary, however, they need to take a step outside of Clintonland and take a good look at the real world.  The Republicans have been slinging shit their way for years and , whether they like it or not, that shit started sticking a while back.  Instead of dealing with a minor health crisis, they're dealing with videos of her stumbling and being helped into a van.  And all of those Trumplodites and Republican haters are out there pointing their fingers shrieking "see!  she's sick!  she's sicker than you think!"  And Trump doesn't have to do anything.