I always have to laugh when I hear Republicans, especially Trump, say they are going to bring jobs back to America.  I suspect, that those people they are talking to don't realize jobs go overseas not because foreign workers are better, but because they are cheaper.  Lower payroll, you know?  In fact Ford is going to start building their smaller cars in Mexico.  I'm sure that pisses off the Trumplodites since they believe the absolute worst when it comes to Mexicans.  These people don't seem to realize prices will have to go up, up, and up if jobs come back.  American's demand higher pay.  And it's even funnier when you understand how much the Republican Party hates Unions.  Trumplodites can't even begin to grasp the idea that Unions are responsible for the higher pay rates their members get.  That without Unions everybody would be getting paid the Minimum Wage. 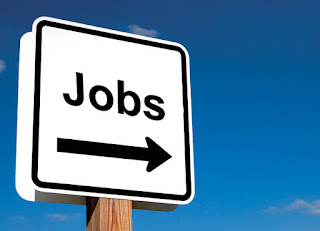 So, how do the Republicans usually handle this dilemma?  They get themselves in office and then either totally ignore their promises, or they blame the Democrats.  You see, they're very good at blaming and ignoring.

On a lighter note, Big Seig ate a bar of strawberry soap yesterday... now his breath is berry sweet.