Blue is Gone, Russian for all

That's right, the skulking taker of clandestine photographs was let go on the day I had my eye surgery.  And, evidently, it wasn't only the pics that got her into trouble.  Apparently she would "reprimand" associates and if they didn't correct their behavior she would make an anonymous call to corporate and file a complaint.  She did this so frequently they could easily verify her as the caller.  Now she's out of a job.  My, what a sunny day! 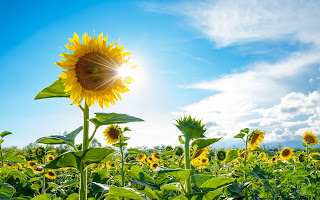 And then there's Trump and his Russian connections.  His problem is that he doesn't see his buddy Vlad as a dictator.  Nope.  He sees him as a  savvy businessman who's make oodles of money off of the backs of the Russian people.  Let's be honest here, Putin has a lot more money in the bank than Trump, and you can bet he doesn't pay any Income Tax.  In fact, he, no doubt, is getting refunds even though he isn't paying in to the Russian equivalent of the IRS.  That's what Trump looooves.  In fact, in Trump's mind that is a huuuuuge perk president's get.
Of course, realizing that Vlad was going to be Don's BFF, I got to worrying about all of Don's trumplodite supporters.  Poor things, they're not going to understand a word Vlad says.  Wait!  There is a way!  I posted this link on Facebook.  It takes them to Amazon where they can purchase, from Rosetta Stone, a Russian language course.  For only $248 they, too, can speak Russian.  No more secrets!!!