I'm on the 2nd day of a 4 day vacation, well, make that 2 vacation days and 2 days I requested off.  I'm painting the living room.  The chandelier arrived yesterday, chrome and crystal (real crystal) and really, really shiny.  I like it.
Monday I get to go back to work and deal with our new scheduling system.  It's shit.  Full-Time hourly associates not have a fixed schedule, being either opener, mid, or closer, and while I'm not supposed to be used a filler... you guessed it, I'm the filler.  This means my schedule is... shit.  When the opener has days off, I open, same thing with the mid and the closer.  According to SOP this is not supposed to happen.
On the political side, the debates are Monday night.  I'm not watching them.  I never watch debates.  They're expecting the largest audience of all time, mostly because a lot of people will be tuning in to watch some sort of political blood sport.  Trumplodites are praying for Don to figuratively slap the shit out of Hillary, and they will be upset if that doesn't happen.  The same thing goes for the Hillary supporters, they want her to smack him down over and over again.  People want to see a grudge match where punches are thrown and blood splatters way outside the ring.  The only thing missing is the bell... wait, they may actually have a bell to announce the end of the round.
On a lighter note, I'm going to see Elton John this evening. 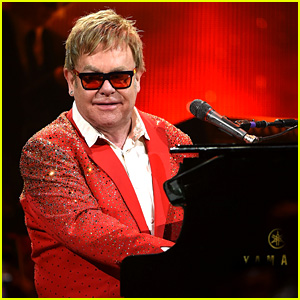 We're sitting in Section E, Row 19, seats 1 and 2, which should be pretty good seats.  I checked the pricing out on Ticketmaster Wednesday and, should I want to sell the tickets, I could get about $400 a piece.  Not selling them.  I've seen Elton John 4 other times, including the Philadelphia show in 1976 where he came on stage dressed like the Statue of Liberty.  Those were the good old days, weren't they?
Posted by Dave R at 8:25 AM