Okay, so it's Tuesday and slept in again, and not because I stayed up late.  I wake up several times during the night.  I also have a headache, so maybe I have a little bug.  I don't get headaches that often.

Every few days I go in and check the usage on my utilities.  My natural gas usage has gone up. The average temp for this time last year was 41 (F) and this year it's 37 (F), so that makes sense.  Electricity's lower, as is water.  Unfortunately, it seems as if every utility has had a rate increase, so while I'm saving $$$ I'm also spending more.

I've also ordered a Himalayan salt lamp for downstairs to serve as a night light since Biggie's sleeping down on the sofa now.  I know dogs eyes are better adapted to seeing in the dark than humans, still, it's pretty damn dark down there at night.

Corporate is changing the software relating to our quote system.  Our measurement service has already been updated, we're not totally effected until Jan. 16.  The means our glitches have already begun.  One of my customer's quotes has disappeared completely in the new system.  In order for him to pay for his install, the IT desk had to build a new quote in the updated system.  The process ended up being rather time consuming, not a good thing when your customer is sitting next to waiting to pay.

When it comes to admitting I've been wrong, I have always been one of the first to accept the blame, and certain things I have been wrong. 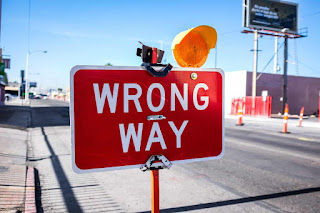 It was wrong of me to believe that when it came to voting for the House rules and regulations package that at least 6 or possibly 7 Republicans would vote it down.  How naïve of me to think that large number of Republicans would have at lest a smidgen of values.  Wrong.  Only one Republican voted with the Democrats.  One of the dirty, silver lining for this is that McCarthy has shit himself into a corner.  The entire Republican party is now completely aligned with Trump, attached at the hip so to speak.
Another dirty silver lining is that any legislation they pass needs to be passed by the Senate, which is in the hands of the Democrats.  Because of this, so many things are untouchable for them.  Like the 87,000 IRS agents they despise; that change requires passage in both the House and the Senate.
The fact that they ignored subpoena for the past 2 years is another dirty, silver lining.  Those dumb asses set a precedent.  And, when their legislations and their subpoenas fail, they will turn on McCarthy, vote him out, and their shit show will repeat itself.
Finally, I watched portions of McCarthy's acceptance speech and was seriously unimpressed.  Am I the only one who thought he sounded like a demented Mr. Rogers talking to a crowd of severely autistic children?