The Long and Short of it

Can I get a big 👍for the Winter Solstice?  Shortest day of the year.  For the next 180 days, give or take one, we're going to start stretching the sunlight until it covers more of the day.  For some reason, back when I was a young whipper-snapper, I believed the shortest day of the year always arrived sometime in February.  That was until I learned in elementary school that there such things as solstices, and the word has more to do with the long and the short, though they use fancier words, like declination and excursion.  Doesn't one word sound like it might have something to do with sex, while the other?  I don't know anyone who would willing want a medical excursion.

Biggie is back from his long, long blood test.  He was happy to see me.  Ate like a wolf when he got home.  I made BLTs for lunch yesterday and saved the bacon drippings for both he and Lily's dinner.

I did watch the last 4 episodes of Wednesday on Netflix.  I enjoyed the series, and am wondering if the Hyde is going to be a recurring character. 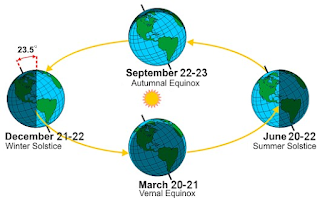 And, of course, this week leading up to Christmas has not been good for Republicans.  The DOJ received referrals for not only the Orange Anus, but many of his cohorts in crime, including one for Mark Meadows.  Yesterday Congress voted to release Trump's Tax Returns.  One foolish Republican complained that if they release Donald's taxes, people might also want to see the Tax Returns for sitting member of the Supreme Court.  The social media response was overwhelming to his comment.  Bring it On!
As for the indictments?  I don't believe we will have to wait long.  I understand the Atlanta Grand July is in its final sessions and their charges should be arriving shortly; probably not before Christmas, though.
The Republican civil war in the house will very shortly turn into what will no doubt be a very long and very brutal battle, and looks to probably consume the full length and breadth of the party.  What a shame they can't wrap it up and give it to us with a bow on top.