Well hello, Friday, my day off.  It's sunny here in Central PA, though cool, almost cold.  The temp when I first checked was a very chilly 25 (F).  There was frost on the car windows.  Winter is only 3 weeks away.  How cold will this year be?  It's anybody's guess.  Of course, the Climate Change nay sayers will call it hokum if the temps go really low.  They will never understand, mostly, I suspect because it's too complicated.

My little laundry room cart arrives today.  Truthfully, it's actually a bar cart.  Tall, almost 34 inches high, with a shelf made for bottles of booze detergents, dryer sheets, and sundry cleaning supplies.  It will have to be assembled; I don't mind.  My first load of the day (bed sheets) has just been moved from the washer to the dryer.  The washer uses between 12 and 14 gallons (roughly 48 litres), which is a big drop from the 25 + gallons my old washer used for each cycle. 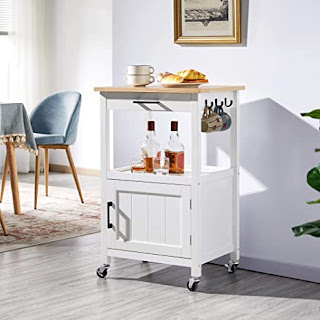 Judge Aileen Cannon, the Trump appointee, got her comeuppance yesterday by the 11th Circuit when they said her ruling for a special master was shit.  Well, they didn't quite say it was shit, but their wording implied their total dismay with her for even making such a decision.  Could her impeachment be in the works?  There's a possibility.
Kanye, the dotard, has been kicked off of Twitter.  I haven't checked this morning to see how the Cracker Jack Crazies are taking it, but I suspect not too well.  You see, when their definition of freedom of speech means they can go hardline hate and incite violence without any repercussions.  I'm certain they're quite disappointed Elon has limits.
And Newt Gingrich has, as certain people say, the sadz.  He's lamenting... wait, that word's a bit weak, Newtie is whining that Joe Bide is far more successful than Republicans thought he'd be.  In an out turn of phrase, he compares Biden to both Eisenhower and Reagan. HOLY SHIT!  Newtie is upset because the tactics he developed to attack both Clinton and Obama are not working.  Biden is getting things accomplished, and he's doing so because Republicans are crossing the line.  Uncle Joe's agenda is popular with Americans, and when Republicans vote against it they look terrible.  Take yesterday, with the vote to avoid a rail strike Republicans did something good, but then they shit in their pants by voting to not give railroad workers sick pay.  They gave all of those MAGA railroad workers what they Republicans think they deserve: nothing.  And so Newt's lamenting.  He says they need to change their tactics, of course, that would mean they'd need to come up with an agenda to help the average American, not big business.  That ain't gonna happen any time soon.