Elon's Loss (corrected from this morning).

Monday - this is going to be an abbreviated work week; I'm scheduled for 2 days, Monday and Saturday.  Today I'll rack up 8 hours, Saturday I work 5 hours.  Today will be boring.  The only departments that will do any business on Friday will be Garden (marked down Holiday decorations) and hardware (that last minute drill for dad).  I did put in for 6 hours of vacation pay even though I've earned 4 hours of holiday pay.  Biggie's expenses are approaching.

The actual new owner of the house next door showed up yesterday for about 10 minutes.  He pulled his black Escalade in front, put on the four way flashers, and proceeded to follow his worker into the house.  He's probably in his mid 30's, had a large gold chain that swung away from his chest when he walked, and I was not impressed.  I suspect the new owner discovered just how much rubbish the previous owner left behind.  Buying a house 'as is' means you're getting it as it is.  It's not going to be cleaned out and ready for painting.  'As is' also means there was no way that house could pass a home inspection.  If a deal is too good to be true, it's almost always too good to be true.

Our new store manager arrives today.  In fact, she's probably already walking the aisles of the store.  Some of our newly promoted assistant managers may have problems.  They will have to go through a learning period.  They may have a rough time of it.  I have no problem with that.

A bit on Troll:  it is the most popular non-English film in Netflix history, people have watched over 128 million hours as of last week.  Could Mads have anything to do with that?  Some people like it, others don't, but overwhelmingly people are sympathizing with the troll.  Now, isn't that interesting? 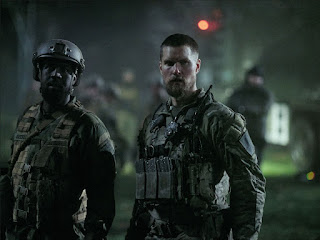 For those who haven't been paying attention, Elon had a poll.  Should he stay as CEO of Twitter, or leave.  Elon lost.  Now the questions is will he actually resign.  He has been very quiet.  I'm suspecting he thought his bots would pull of a victory for him.  While this is the current sturm and drang on Twitter, some saying this chaos is what his backers want, I'm seeing elsewhere that they are very unhappy with the man / baby.  While they may have wanted him to move the direction of Twitter to the Right, they had not anticipated he would bring such mayhem.  For many, the total disorganization is unbelievable.  As for the poll?  Well, Elon, as with most billionaires, has very thin skin; he finds it almost impossible to admit he's wrong, that he made a mistake.  Tesla stock is tanking; other electric vehicle makers have less problems and are more reliable.  Investors are upset.  We shall have to wait and see if he publicly admits that he's a loser.  I'm betting he'll install a puppet CEO, so he can quietly, behind the scenes, continue to drive Twitter deep into the ground.
Posted by Dave R at 8:29 AM