The Body in Repose

For those of you who have been waiting, The Body in Repose has just been published.

A great big Thank You goes out to my proofreaders / editors:

Their work is greatly appreciated.

The rain had just begun to drizzle down around Eli and Max’s camper when the call came in from New Orleans.  Someone was killing the beautiful young people of the French Quarter.  Three murders in three weeks, and each body had been found staged in a state of repose.  They are challenged to both solve a crime and stop a fourth murder, as uncomfortable truths make them wonder if the police have made a terrible mistake.  They will traverse the French Quarter, from the Nefertiti Theater in the Amon Ra nightclub to the Sight Lines Art Studio, dogged by a relentless reporter, as they search for clues to solve the mystery of The Body in Repose. 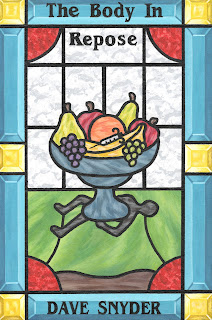 Available for Kindle, or as a paperback.