Thursday.  Fixed workday.  The temps are barely supposed to hit 70 (F).  The skies are overcast and there is a 25% chance of rain.

I was supposed to go see Downton Abbey last evening but cancelled.  I was not in the mood to sit through 2 hours of costume drama silliness.  Instead, I ate ice cream (lots of ice cream) and played Elden Ring.   For those interested, the little white Speedo is gone; I'm now wearing brightly colored clothing.

Mike (the plumber) came back yesterday morning are replaced the old, cracked cast iron piping with brand, new PVC.  It took him about 3 hours.  He was not talkative.  I spent most of the time outside with the dogs, who were very excited someone was working in the basement.  Now and then, I'd take them in.  They were very good: laid on the floor waiting to hear his feet climbing the stairs.  He seemed fine with them. 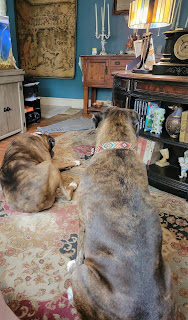 I'm not a big one for having strangers in the house and even though he'd been here on Tuesday to do an assessment, I was pleased when his work was complete, and he finally packed up his gear and headed out to his truck.  For those interested, here's a picture of what $1700 of new PVC piping looks like: 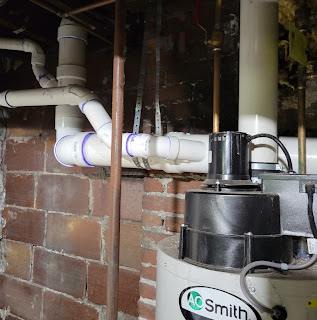 And of course, the country is still reeling from the Tragedy in Texas. For those who missed it, Beto O'Rourke challenged Governor Abbott of Texas in a press conference.  Beto challenged him, saying he was doing nothing.  Republicans were not happy. 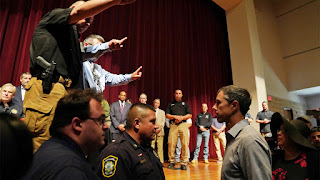 Abbott is scheduled to speak at an NRA convention in Dallas on Friday.  When asked about his scheduled appearance last evening, Abbott refused to answer.
Mitt Romney is under fire for his standardized 'those families are in our prayers,' comment.  People began noting that over the years he has received approximately $13 million in donations from the NRA.
The security at Robb Elementary was top notch, and the shooter still managed to gain entrance.  There was at least one-armed officer he managed to get past.  The shooter shot and injured 17 other people, including police officers because he was using an AR-15, something they were not prepared for, and it took a special force team to actually stop him.  Think about that.  A special force team.  This was an 18 year old who just recently purchased 2 AR-15s.  Needing a special force, armed border patrol team to take him out says a lot about the problems of letting 18 year old kids buy automatic rifles.