Well, hello to a quiet Sunday morning.  The temps here in Central PA are a chilly 13 (F), for all of you Celsius people, that is really cold.

I did order an air fryer using my Amazon points so the cost was mere pennies.  It should be arriving sometime this afternoon, hopefully before I go to work.  Yep, I do have to work today.  A full 4 hours.  Sunday afternoons are usually slow, so I don't care.  And... surprise, surprise, I'm working tomorrow, but only because the asked politely.  And I'm going to be in Paint because one of the paint associates is out with Covid, or at least her husband has it, she was still waiting for her test to come back.  She had the single shot Johnson & Johnson vaccine and that was about 6 months ago, so everybody is waiting to see how things turn out.

While I'm cautiously waiting on an opinion from my first editor on The Body in Repose, I've begun taking notes on The Body Under Ice.  The dogs had to go out last night around 0100.  Since I couldn't get back to sleep right away, I grabbed the tablet by my bed.  Now I have a list of things I need to verify, such as is there such a thing as the Great Lakes Oceanographic Institute? (Just checked, there isn't).  I've already checked to see if there bicycle races on ice (there are), which is a plus, because my 2 guys love to ride bicycles. 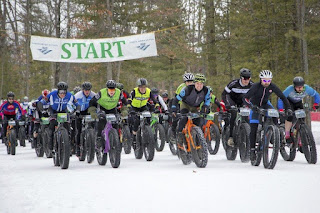 And here's a funny thing, in a recent poll (supposedly) 83%  of Republicans said they would not vote for a Republican candidate who said Biden won the election.  This means they will only vote for an individual who reinforces The Big Lie.  Of course, we all know the reliability of polls is... questionable.  Honestly, I have difficulty believing there are that many stupid people in America.  But then again, every day over 2000 unvaxed Americans, mostly Republicans, die of Covid so that poll may be more accurate than I think.