I just checked the temps!  We're a cold 17 (F) here in Enola.  The heat is running and, not surprisingly, the dogs are still in bed.  And they're wearing fur coats, too.  Tomorrow, temps are supposed to reach 40 (F).  That's fine.  We are in winter, though the previous 2 were relatively warm.

The aquarium is still a work in progress.  The fish are swimming around the new decorations.  Many of the live plants are gone because of the algae problem, it grew every where.  Oh, and it isn't really algae, it's cyanobacteria which is... a bacteria.  There are several reasons cyano can flourish in a tank, my problem is direct sunlight.  I have a lot of it during the day.  My house has a southern exposure with large windows.  To help alleviate the problem, a light filtering shade has been installed on the large dining room / writing room window.  This helps.  A blackout shade would be better, but I don't want to turn the room into a cave.  And, rather than use erythromycin (that's right, an antibiotic) I've chosen to used a product which slightly elevates the PH of the water to keep the bacteria from growing.  So far, that seems to be working fine.  Next up will be the addition of live plants which will eat up some of the nutrients the cyano feeds on.  If things work out well, there should be pictures in a few weeks.

Remember when Mike Pence tried to pray away the Covid?  Well, that didn't work, did it? 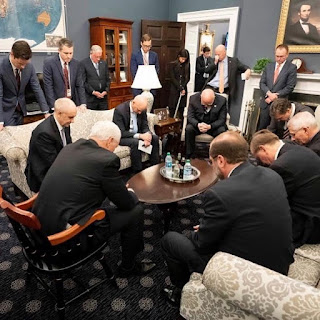 Well, some Cracker Jack Crazy is now advocating urine therapy to fight the disease.  He wants you to start swigging your own pee to fight the disease.  Well, you know what they say, desperate times call for desperate measure.  Personally, I think this is just his way of legitimizing 'water sports' in order to make Trump's golden shower video more acceptable to the MAGA brain.
As for Mike Pence, I understand he's being told he should cooperate with the January 6 Committee since his certification of Biden's victory pissed all over his political ambitions.  Honestly, though, I don't know if he understands that it's better to be pissed off than pissed on.