Welcome to the New Year.  I hit the sack around 10:15 because last night was just another night in 3 billion year long string of just another nights.  The real power of the New Year should be in looking forward, rather than back.  The past is something you learn from, not live in.
The death of Betty White yesterday put a sorrowful spin on the end of what was already a somber year.
A lot of people make resolutions at the beginning of the new year.  I stopped doing that a long time ago.  Resolutions fail because people want to make the resolution, they don't really want to deal with the changes resolutions bring.
Cori handed over the cover art for The Body in Repose.  I think it's rather spectacular.
Oh, and I do get to work today.  They'll be bringing in food.  Probably barbecue.  It's free, so I'm not going to complain.  Business should be very slow.  We may get some customers looking for sales; American Capitalism says 'no sales today.'
Governor Abbott of Texas has requested aid from the Federal Government.  Health workers, help setting up testing sites, and monoclonal antibodies for treatment.  He's lucky there's a Democrat in the White House.  Were the situations reversed, had it been a Democratic state asking Trump for aid, the response would have been "you're not kissing my ass enough, so fuck you."
And, of course, that other Conservative douchebag governor Ron DeSantis is still on vacation somewhere.  I understand Florida is about to go into unofficial lockdown.  This is how the Republican party in Florida dies.
I saw this on another blog, though I forgot to note down which one.  Whomever posted it first, thank you!  Though I will have to admit searching through Door Dash to see if anyone was selling Gahg. 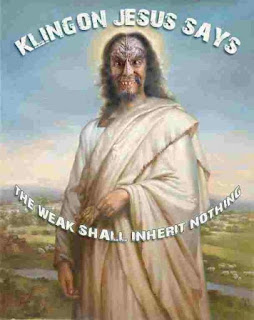