For All of Us

Well, here it is, Saturday and I'm in a work-a-day, off-a-day cycle until Tuesday, at which point I will be off for 2 days..  The temps are cold outside.  Enola was a cool and nippy 8 (F), and the temps are only predicted to climb another 20 degrees.  Down south they're experiencing the chilly, willy joy of winter.  They needn't worry.  In a few months their temps are going to be blazing hot again.

Rather than right out purchase a new desk chair, I Googled my problem, the seat doesn't stay up.  Wow!  There's a quick fix using a pipe clamp!  I have one of those!  Unfortunately it's too small.  Now, isn't it a good thing I get to go to work today?  I can pick one up before I leave.  I would rather spend $1.79 rather than $300, and if it doesn't work... well, I didn't really lose anything in trying to correct the problem.

There was this really interesting article in the NYT about exercise.  Which is better?  Getting all sweaty in the morning, or later in the day?  Well, it depends.  Morning exercise appears to be better if you want to lose pounds or kilograms, afternoon seems to help with health issues.  The example they give is Type 2 Diabetes.  Working out in the afternoon seems to help your pancreas manufacture insulin.  Me, I'd rather lose the pounds, so I'll keep doing what I'm doing, riding my Cannondale Synapse 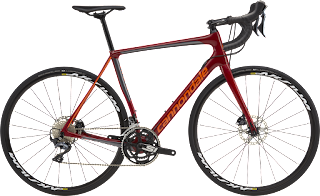 And, of course, Mitch McConnell stepped in shit when he attempted to classified African American voters as different than American voters.  The fact that he used the words African American rather than black illustrates just how out he is.  Now he's saying he forgot the word 'all.'  Sorry, Mitch.  Listen to his entire statement.  He forgot nothing.