Human Resources and a Business Decison

Well, it's another early morning.  If I worked a fixed schedule where early mornings were the norm it wouldn't bother me, but they're not.  I have one this week.  Today.  Next week I don't have any.  I do have 3 closings, they wouldn't bother me either if they, too, were the norm.  They're not.  And some times I get mid-shifts, but they don't always start at the same time.  Sometimes I start working at 0900, sometimes 1030, sometimes, like yesterday, I was there at 0800.  Yesterday I had an ' Onboarding.'  Store Managers were transferred back in February, and 'Onboardings' are done, several months after the transfer as way of seeing how lower management is adjusting.  They are always handled by a DHRM or an RHRM.  Yesterday we had a DHRM (District Human Resource Manager), and she did her job well.
Many people get confused with HR.  They believe those individuals are their to help associates, they hire, they fire, and deal with issues.  In reality they do more.  I know, I did HR for a while.  If you are in HR, you are a Company Man / Woman.  One of your main jobs is to manage associate opinions of the Company.  A good HR manager will guide associates and keep them on track and the associates won't even know it.  They'll regard HR as their friend.  They're regard HR as their friend... and that is never really the case.  They are there to enforce company policies. 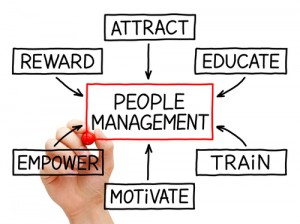 Back when I worked for xpedx, the distribution subsidiary of International Paper, we had a RHRM named Dave G who was the worst.  I worked with him on a Peer Review Board and he was totally one dimensional.  Associates were nothing to him.  He seemed to enjoy saying, "this is a liability which needs to be taken care."  Yes, he said things like that.  When 37 jobs went to Krakow, Poland, he shrugged and said, "It's a business decision,"without understanding that people were losing their livelihoods.  He was being paid around $300 K a year, which is really good money, to hand you a plate of shit and say "just remember, it's only a business decision."  Isn't it amazing what money can buy?