Checking out the financial news this morning, I saw that the Pound is still dropping in value and I started to wonder if anybody had told all those Brits who voted to exit the EU this might be a consequence.  I don't think so.  I don't know anybody who actually vote to have their paycheck devalued.
We have the same problem in the US in regard to Trump and especially his Trumplodites.  He shouts "I'll deport the illegal aliens" and they swoon in anticipation.  They don't understand those people are part of our economic footprint.  They always have been.  They are like our little toe.  We don't think much about our toes until something happens to them.  Most people don't know they're little toe helps them maintain their balance when they walk.  People who lose their little toe have to learn how to walk without wobbling.  Sure, they can do it, but it's never quite the same, you know?  Because when you weight on your foot, you realize you've lost a bit of your support.
Were the idiot Trump to deport all of those illegal aliens there would be an immediate vacuum in the labor force and the unemployment rate would rise.  Trumplodites don't understand that those 11 million illegals buy things, like PS 4's, and shoes, and clothing, and Xbox ones, and food.  They pay rent and ride buses and trains.  Trumplodites don't understand how bit a hit to our economy those deportations would be. 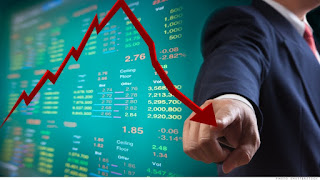 Brexit is a lesson for all of those who buy into Donald Trumps bullshit.  Will they listen?  Hell no.  That would mean actually thinking about consequences, and why would they do that?  The idiot Trump actually said that if the Pound drops more people will come to Turnbury... he evidently doesn't understand that if the Pound drops in value no one is going to be able to afford to play golf.  What a douche.