For those of you who haven't realized it yet, in 3 weeks the days are going to begin getting longer... again.  That's a very good reason to look forward to the winter equinox.

Ending in less time, on December 7, also known as Pearl Harbor Day, will be the enrollment period for Medicare supplemental plans.  For those of you under 65, or who don't live in the US, this is the time of year when us older people get continually harassed by Cigna, and Aetna, and Mutual of Omaha, and United Healthcare, and the list goes on and on ad nauseum.  This has little to do with providing seniors with better health coverage, rather this onslaught has more to do with these companies hitting their forecasted 5% annual growth.  It's all about the money.

Surprisingly, I got 4 measures yesterday.  This time of year installs normally begin to slow down - no one wants their doors opening and closing constantly during the cold times.  Heat can be expensive.  Yet, even in this time of Covid people are willing to open up their houses to strangers.  Have I told you I live in a Conservative area where many, while wearing masks, still believe this pandemic is not nearly as bad as the media claims.

I saw where the Idiot Jerk in the White House has raise about $170 million for his 'stop the steal' campaign.  Republicans refuse to accept the evil nature of his attempt to undermine our Democracy, but they they have leaned towards a socially conservative dictatorship for some time now.  They need to be in charge.  It's a conservative issue.  And they lie... a lot, about everything they don't like.  This is why they fit the Idiot Jerk like a glove.  They don't realize that after this thing is over the money they're raising will find it's way into his pockets, and Ivanka Danka's pockets, and Donny Jr's pockets, and even Eric the Dumb will get some.  They don't understand there is no way they can stop the steal.  This is who he is, and hard lessons will need to be learned and I doubt very much if they will ever learn the error of their ways. 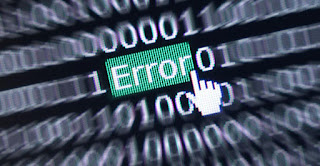