Well, today I get rid of my weight bench and one of the two attachments I still have, the other went out front to be recycled some time ago.  As I slowly empty and rearrange my computer / workout room, I realize just how much space I really have there.  The room is becoming quite minimalized.  As we get older, that we should begin to aim for.   I know people who are my age who just can not seem to stop adding to the clutter surrounding them.
I understand the Texas Attorney General, Ken Paxton, is dealing with quite a bit of legal bullshit.  But then this is to be expected.  He began his career as a Tea Party Republican, and like most Republicans, loved wallowing in his own selfishness and greed.  Of course, he became a fanboy of the Idiot Jerk in the White House.  Yesterday the Supreme Court presented him with the gift of shit, and they didn't even wrap it nicely with a bow.  Nope.  Why did he go to so much trouble for a failed president, offering the courts a baseless lawsuit?  I'm betting he's hoping for some sort of pardon.
Yesterday, in the lunchroom, one of the fascists' supporters of the Idiot Jerk said, "Biden will never be president, and I'm so glad Texas took the imitative to got to the Supreme Court."  This was about an hour and a half before the Justices stood up for Democracy.  I did not see this fool after the decision, not that I would have said anything if I had, sometimes there is great joy in just smiling wisely at someone who's just had their ass burned. 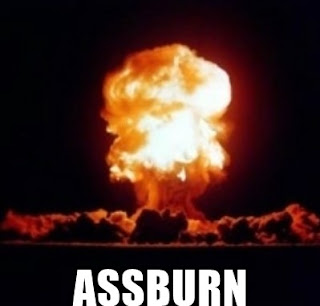 And finally, as most of you know I like to be interactive when I workout.  While cycling, I use Tacx and ride all over the world.  Well, running (or slow jogging) has the same sort of thing.  This run is in New Zealand.  Nice... huh?
Posted by Dave R at 6:42 AM