TV Evangelism Led to this Hell

Yesterday afternoon when I read that the Idiot in the White House had signed an Executive Order on Religious Liberty, I realized he might actually be the Anti-Christ... well no, that's not right exactly, it just became much more apparent that this man is truly evil.  He will do what ever he can to feed his ego.  His constant lying is only the tip of the iceberg.  And, of course. those Evangelicals who voted for him are jumping around, demented by their zealousness.  We have TV Evangelism to thank for this hell.  Prior to the "700 Club" and "PTL" there were not nearly as many Evangelicals in the US, however, the minute crazies like the Bakers, and Schuller, and Falwell took to the airwaves the evil was let loose.  The message changed.  Mega-Churches swelled their ranks with people who were told that if you believe, you'll get your 'just rewards' here and now.  I did watch portions of these shows on occasion and always ended up turning them off because they were so phony.  They always included a 'special guest' who's business had become successful after he'd had his epiphany.  That's right, money, strong faith always meant more money.  Now that they have a president who's rich and seems to be giving them everything they want they're happier than pigs in shit. 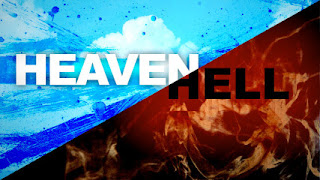 It's all about feeding their own self-interest, and the Idiot in the White House has become the Top Dog Evangelist of all time.  We have 3 cashiers in my store who believe him when he says they're all going to make 'real' money... again.  These people have been primed for years for this moron.
Concern should be real, for when this idiocy comes crashing down real damage is going to be done to many innocents.  Let's just hope we are not among the millions of walking wounded.